Warframe is a third-person shooter (TPS) MMO game that can be played on the PC, PlayStation 4 and Xbox One. The game is free to download and play and it is one of the most popular shooter MMOs today.

In the game, players take on the role of the Tenno, a warrior race that uses customizable exoskeletons called “Warframes” to fight. Each Warframe has unique abilities that the player can use, such as energy attacks, healing, defensive walls, buffs, etc. 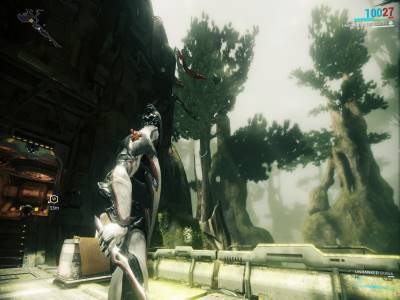 There are tons of action MMOs on the market, yet somehow Warframe has always managed to catch my attention. The ability to explore the space and complete a ton of cool missions with your friends always sounds like a recipe for fun, and to be honest that’s exactly what I got with Warframe each time I played.

Don’t get me wrong though, playing on your own is just as fun, as the game offers a balance that you can rarely find in the online gaming world. In fact, the singleplayer experience is similar to the one in Skyrim, sure, without the magic stuff and all the extras, yet it does provide that sense of coolness and uniqueness that you would like from an action MMO.

You get to play with up to 4 people which is really neat, but I have to say that you need to play with friends in order to really get the best results from the game.

The game runs smoothly, and I tested it even on a laptop, although you can find some visual tear depending on the graphics card you have and the driver you use (I used a Radeon HD 6870 on my gaming machine, but not all my computers with an ATI card experienced this). 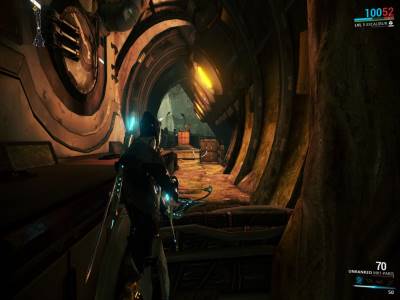 Graphically, Warframe is definitely very impressive. The game is known for offering quite a lot of challenge and value via each objective, but playing a complete mission can take dozens of minutes sometimes and you might not like such a thing. Still, for someone that wants to immerse himself into a large, impressive game world, Warframe is definitely worth a shot. Music is interesting, albeit a little repetitive which can be a bad thing to be honest in some situations, but I do feel that they could have done something better in this regard.

Still, the experience is solid, the gameplay is alert and the ideas implemented here are very cool.

I personally feel that the missions are very nice and exciting, mainly because the objectives are nicely chosen and varied. From recovering data from terminals, killing enemies, defeating high profile targets or defending an artifact, there’s always something nice to do in this game, and to be honest this is what I loved the most about this game.

I feel that there’s always something new, cool and fun to do, unlike in most of the games nowadays. Sure, the mishaps come when you tend to play with online people that you haven’t met, because in this situation you just don’t get to play as a team, and that is really bad to be honest. Playing with friends is the way that makes sense for me in Warframe, so if you want to test this game out and invest a lot of time in it, make sure that you have some friends willing to take the time and join you.

Weapons in this game are quite brutal, but they do make sense considering the alien race you are playing as. The primary weapons are shotguns, rifles or bows, but you also get a melee weapon and a secondary one. These things make the experience very nice and exciting and I have to say that each moment during the missions is nicely implemented to the point that the experience is well worth following. 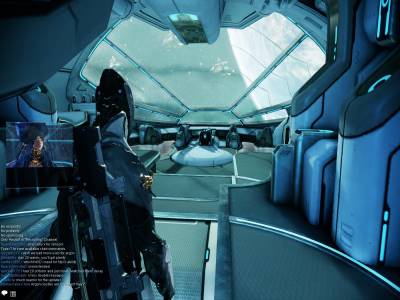 The enemy AI is one of the things that impressed me a lot in Warframe, because it’s not that simplistic to begin with, instead it’s really good and they do use squads and covers or alternate weapon firing in order to take him down. This is what made the game really cool for me, the fact that aside from the amazing locations you can find in it, the title also offers you a real challenge, with enemies that really require a lot of attention and fun to play with.

The more you play and the higher the number of missions you get to complete, the more experience/affinity points you tend to get, and these allow you to level up everything from your armor to companions or weapons if you want. These are upgraded with the help of mods which offer you quite a lot of capabilities and customization options.

Personally, I am not a fan of the over the shoulder camera, but in this game it does work quite nicely. At the same time, the animations in this title are amazingly good and professionally designed to the point that I actually feel like being in the place of this character which is always an amazing thing to say the least.

If you thing that is impressive, then wait until you hear about the maps. When you play, you definitely feel that each map is different, and these do have a ton of detail in them. The cool thing here is that these maps are procedurally generated, which means that you can have thousands of them and they won’t be the same, a thing that increases the replay value significantly, that’s for sure. That also modified the way enemies are generated as well, with some of them being easier to defeat or harder, depending on the situation.

Finding elements like hacking security terminals, completing puzzles and solving those large quests is something that you do quite often in Warframe, and I always enjoy it.

All in all, Warframe is a game that does offer an interesting set of missions and stunning multiplayer. It’s not your standard MMO, that’s for sure, but it does have its own charm and you will surely love the way you manage to explore alien worlds thanks to it. I feel that this game is worth your time, but be aware that once you start playing it, you will find yourself pouring some money into packages and other stuff. But trust me, it’s a game that you can easily play for hundreds of hours and not get bored, that’s how impressive and fun this game really is.

Do you play Warframe? Let us know what you think of the game by leaving a comment. Find some more great MMO games on the best MMORPG 2015 list homepage.