One reason why I don’t really play MOBAs is that, aside from League of Legends and DOTA 2, they seem very similar to each other. Without a MOBA putting in a lot of effort in innovation, it really doesn’t seem like it’s worth it to play. That’s what drives me an away from trying the other MOBAs in the market right now. Nonetheless, it’s my job to review games so I tried out Smite. 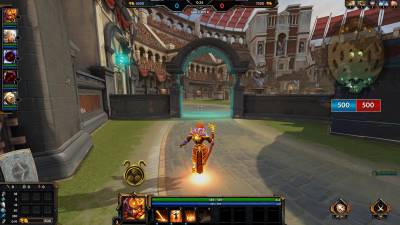 Right from the start you will see that Smite is different from other MOBAs, even if it maintains the same mechanics. The idea here is that you will have a third person look, which is definitely something that allows you to get more immersed into the battle. The overall gameplay is insanely fun and there are many game modes to enjoy.

I found that the ideas are roughly the same to the other MOBA games, but the third person POV does change things a little bit. Your character has a specific set of skills that you can acquire, and the ability to get these automatically as you play is very handy. I am impressed at how detailed the game gets during battles, and the effects that you can see during the attacks are really good as well. The visuals are, for me, one of the main things which set this game part from other MOBA games.

There are plenty of other things to like here, such as the ability to cooperate with others against the AI, or the unique way that you can choose to play in Conquest. The heroes do require you to either pay a good amount of money to get them, or you will have to play again and again in order to get the in-game currency. It’s something that I have seen time and time again in all the games in the genre, and while I don’t agree with it, I have to remind myself that the game is free and they need to monetize it. 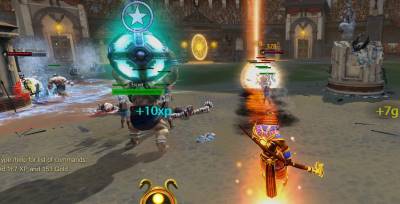 When it comes to the sheer gameplay though, everything changes drastically. It’s a nice change of pace but if you have a MOBA mechanic that works, you can still use it here. This shows that while the POV and the heroes have changed, the tactics can remain the same. Having said that, the Arena mode is something different and you do need your own strategies for. It’s totally worth it to try out all the game modes since tactics and the pace of the game can be very different depending on which mode you play.

You do need to work as a team in order to complete the objectives, which for the most part are the standard MOBA objectives you can see all the time.

I like the setting of the game because there are heroes from the Ancient Greece and Rome. What I do find unfair is the fact that the heroes aren’t balanced because some are way too powerful while others are just plain bad.

It’s not a problem though, because the experience is really good and you can use the powers you have in order to help your teammates as fast as you can. It’s great to see such an astonishing experience in a game and diverse attacks that make the gameplay so fun and alive.

Smite hits the mark for me. It makes me feel like an ancient hero that tries to defend his castle and legacy. I like that story/roleplaying aspect of the game.

The game maps are pretty large and do offer many options for attacking your enemies as fast and as well as you can. Of course, some of the maps are harder than others, but overall I found most of them to be pretty balanced and the symmetric approach does work in their favor because of that. It’s cool to see the ancient fantasy creatures like Cyclopes or furies here (a personal preference since I enjoy Greek/Roman myth). The buffs, bonuses and creature areas are in the game as well, and they do make the game feel more alive. 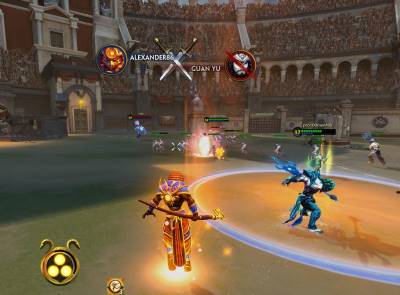 Smite is one of the best looking MOBA games, the third person perspective works great for it and the updates made it even more pretty and stable. It’s a very good game and one of the most interesting that you can check out right now if you want a cool MOBA. Sure, the levels are similar to what you can see in other titles in the genre, but the perspective is what changes things a lot and I love the game because of that.

It might not be the ultimate MOBA, but Smite has a massive following and one of the best gameplays I saw in the genre. If you like MOBA games, then you should definitely give this a shot. It’s a stunning game, with a great look, good gameplay and a very helpful community. Overall, it’s a winner and one of the best games that you can play right now!