Nosgoth is a free to play team-based online multiplayer game. Developed by Psyonix and published by Square Enix, it is the latest game that is set in the same world as the Legacy of Kain series. Battles are Human vs. Vampire so players can either specialize in melee (vampire) or ranged (human) combat styles.

Nosgoth is currently in open beta and can be played through Steam. 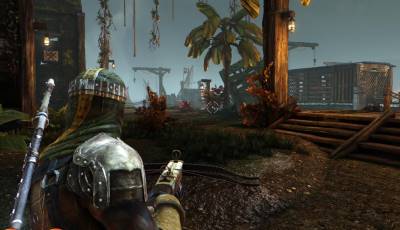 When I heard first about Nosgoth I have to say that I was a little intrigued. Throughout the development period we were teased with a whole bunch of cool stuff and once the game was available I just couldn’t stop playing.

The main reason behind this is the gameplay. This particular game does have a story, which is quite interesting and funny, but for me the thing that makes it stand out is the uniqueness of the setting and the high quality experience that you can always find here. The game has a very fast pace most of the time, but it’s also really cool to play because the two factions here are so different and the classes are designed in such a way so that you will always get something new to play.

The leveling system provided here is pretty interesting, with a whole bunch of cool gameplay mechanics and truly unique ideas.

From a vampire standpoint, the game is amazing because even if there are fewer vampires in the game, they are more powerful and this makes the entire title really cohesive and truly fun. Of course, there are plenty of moments in which the hunters will be able to attack you a lot faster than you would expect, but in the end if you choose the right upgrades and level up fast you might end up with a very good set of characteristics and amazing gameplay ideas. Moreover, the vampires are definitely one of my favorite factions here because you have lots of attacks to choose from, even if the lower movement speed does hamper the experience a little bit.

The best way to get a good result as a vampire in this game is to work hard with the others and create a cohesive team. Teamwork can render the vampires almost invincible, based on my experience, so you should definitely try out the vampires if you want a cool gameplay.

On the other hand, the hunters are quite limited because they need to work the best way they can in order to complete the mission in a limited amount of time. It’s really cool to see that there are missions and time limits here, because they do make the game feel more immersive and alive as a whole, although there are quite a lot of challenges left and right. 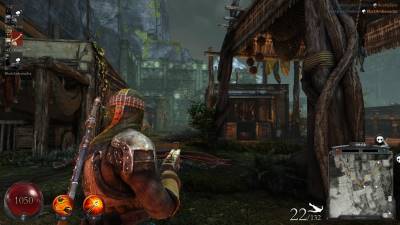 The humans have to rely heavily on the weapons, and most of the time they will use crossbows which are designed as being very good and easy to use here. I particularly found some of the crossbows in general to be a little hard to aim, but it all comes down to the mouse sensitivity and skill.

Other than that, the gameplay is truly awesome, with a whole bunch of stuff going on for it. The humans can find refill stations throughout the map, but there are situations when doing this kind of stuff will be a little hard, since the vampires are very fast.

And this is what I consider the true strength of the game, the fact that each faction does have a lot of stuff going on for it, so no matter which one you choose, the fun is guaranteed. I can say that some of the gameplay mechanics are a little off since the vampires are way too fast sometimes that hitting them with a crossbow can be hard but the idea of having multiple classes for both vampires and hunters does even things out quite a lot.

I think that while Nosgoth does have a very intense gameplay, the few bugs you can encounter here and there can definitely hamper the game experience overall. Don’t get me wrong, the gameplay is immersive, but there are plenty of situations where playing as a hunter can be hard and thus you need nerves of steel. In some ways, it reminds me of Depth, a similar game where sharks encounter divers, because the mechanics are similar.

I like the fact that the game gets updated very often. It’s a great fit for a game that’s constantly evolving into something better and more interesting. With Nosgoth each new game is different, and that’s what gives in a lot of cool stuff to play. You might find yourself getting a new set of weapons to use or you level up and try to get a new skill. Either way, there are lots of things that will help you obtain good results in the long run, and this is what gives the game a lot of replay value. 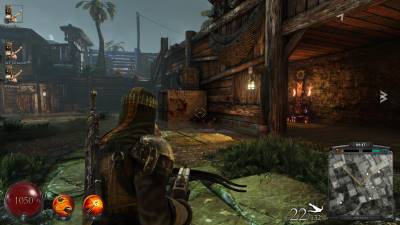 In regards to the graphics, Nosgoth does look okay. The interesting game world in each level is amazing and very detailed, physics are quite impressive and the major appeal for the maps comes from their size, which is quite large. This does offer quite a lot of tactical advantage and the fact that they are visually appealing is just the icing on the cake.

Overall, I do feel that Nosgoth is a game that you need to try. It’s in open beta so you can play whenever you want and there are numerous players so you won’t have to worry about downtimes. It’s a refined and pretty funny experience that does allow you to engage yourself into large battles with some cool enemies. It might not be the best game out there, but it’s definitely one of the best, so just check it out and you will not regret it!