Sometimes playing an MMO is more than just having access to large towns and exploring countless worlds, it’s more about the combat and the skills that your character has.

Vindictus is a game that focuses more on the latter, allowing us to enter battle scenes on different maps rather than exploring the map on our own. 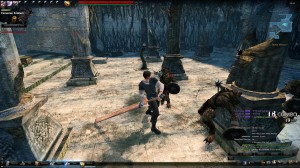 At first, this might be a huge limitation for some, but it’s actually a great thing. Once you are in town, you will have to try and find the necessary supplies, so that when you are in combat you can focus on battling your enemies with maximum efficiency.

There aren’t classes in the game per se, instead you have the opportunity to play as certain characters, which is certainly a nice twist to the overall experience. The characters in the game are Lynn, Vella, Hurk, Kai, Karok, Evie, Fiona and Lann. All of them have different abilities, and each one will bring a unique experience, so it’s fun to try all characters if you can. This might take a lot of time, but in the end it’s well worth it.

The gameplay in itself is quite fun. Yes, staying in town and buying from merchants might be boring, yet useful, but when it comes to killing monsters, Vindictus is spot on. The battles are rewarding and really fun, as you can rarely see in similar games. The animations successfully manage to complement the action, as they are most of the time fluid, with some rare times when they might be bulky, depending on your character. 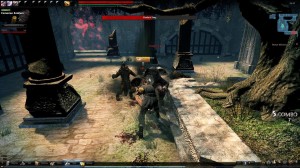 There are way too many maps with lots of mazes, yet despite that the enemies don’t repeat all that much, so while the design might not impress you sometimes, especially in the combat scenes, the monsters will.

Monsters have different attacks, and what makes them really powerful is that they can actually attack in packs, using teamwork. That certainly requires a lot of strategic thinking on your side as you try to figure out exactly how to cope with these monsters.

Quests are fun, and they can usually be solved in the combat arena although, to be honest, there will be situations in which you can solve them in town. Side quests on the other hand are poorly implemented, because they will most of the time require you to backtrack previously completed maps and fight against monsters you already killed just to get a new item that wasn’t previously there.

You have a lot of loot available and there are tons of things to be had in the game, so it all comes down to how much time and passion are you willing to invest into it. There is a cash shop where you can buy everything from accessories to numerous character customization options. 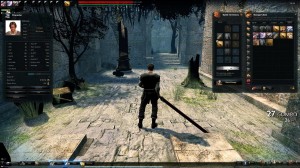 Graphically, Vindictus is quite good. It has some interesting worlds and it certainly looks great, but the fact that some maps tend to repeat so much makes the game lose some of its appeal.

The sounds on the other hand are much better, as the game has a very good soundtrack and quite an impressive voice acting.

Despite some minor flaws here and there, Vindictus is surely a solid hack and slash that people will definitely enjoy. Even if it might not have the appeal of other similar titles, this game does stand out on its own through the diversity and uniqueness, so we certainly recommend it to all people interested in a fun hack and slash experience.