MMOs nowadays tend to resemble each other because only a few try to innovate the genre. Those that come with new ideas aren’t that many, and that’s why when a new title comes with revolutionary aspects it can easily become an instant classic. Built on the legacy of numerous Dungeons and Dragons titles, the Neverwinter MMO brings a lot of new and intriguing techniques to the table which make it very interesting and worthy of trying it out. 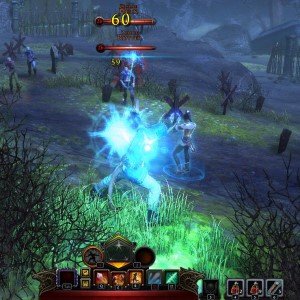 The story of the game is professionally created, you start in the city of Neverwinter where a lot of strange things seem to happen and you are the one in charge to investigate them. From there on it’s a long and impressive quest in which you will have to slay dozens of bosses, ally with lots of unpredictable warriors or mages, all to cleanse the evil from the land.

Since Neverwinter is a Dungeon and Dragons game at heat, it uses the damage system and combat we all know and love. What makes it different though is that the combat is quite similar to the one that we can find in TERA, because the momentum of each shot can matter tremendously when you are engaging your opponents. Firing or charging at the wrong time can cost you a lot, even your life, and this is where the strategy element of the combat comes into play. You need to ensure that each shot is your best if you want to win and solve the current quest.

Speaking of which, the quests are varied which is very important in an MMO. From following an enemy to killing ghosts in taverns, killing a mage hidden in a forbidden city or finding evidence for a certain case, everything is created in such a way so it involves the player and really makes it feel a part of the world.

The Neverwinter world is simply stunning, starting with the city of Neverwinter itself and then adding lush locations such as mountains or beaches, a flying fortress or a decrepit graveyard. You’ll also get a change to explore lots of caverns, buildings and forests brimming with danger but also great rewards.

Crafting is highly automated in the game, but you do have the option to create potions or new armor any way you see fit. Additionally, you get the opportunity to have a follower early in the game, with mounts available after level 20. 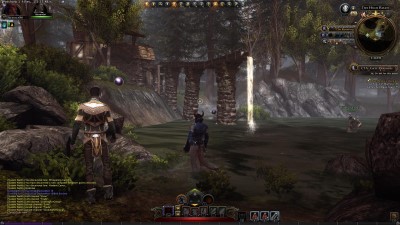 Neverwinter is a free to play game with real money transactions for non-gameplay related items. You can purchase mounts and visual upgrades, which means that you get to support the developer without having your overall experience suffer, and that is simply astonishing.

The combat in the game is more oriented towards action, which is a great thing, because it allows us to feel rewarded each time we combat our enemies. Enemy types are also quite varied, something that we found to be great. Additionally, there are some enemies created for a specific portion of the game world or a certain region, which makes total sense, for example the lava elementals which only make sense in a lava level.

Quest text is limited, so are the cutscenes, and it might get a little hard sometimes to figure out where you need to go next. Thankfully, a pointer will always lead you to the next quest in your queue, a feature that we found to be very practical and interesting at the same time. If you feel that you are stuck, this feature will help you quite a lot to determine where you need to go and what you need to do.

There are repeatable dungeons and quests, just like in most MMOs, but these don’t feel repetitive because you will always complete them with different people, so most of the time they will be fresh and interesting, which is very fun.

There are numerous races and classes in the game, all of them staying true to the Dungeons and Dragons lore. The character customization is quite complete, you have lots of options to modify the appearance of your character in any way to see fit, mainly depending on its looks.

Each class breaks into different skill trees, which are very complete and allow you to customize the way your character will act during combat. The skills tree also helps you unlock a plethora of abilities that will give a lot of style and uniqueness to your character. 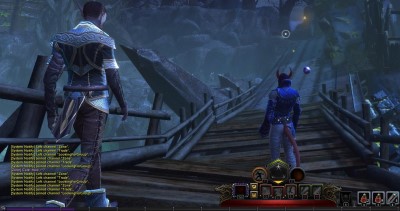 The voice acting in the game is well worth the Dungeons and Dragons stamp, because the professional voice-overs will really draw you into the game’s brilliant fantasy world. Each race has different types of voices and the lines of each character are different, allowing you to feel part of a world that’s vibrant, unique and with lots of things to discover.
Neverwinter brings a lot of periodical updates that bring a lot of new features to the table. From new classes or races to new maps and quests, the updates give a lot of new life to the game and they always make it worth even more of your gaming time.
The graphics in the game have always been impressive, and each major update seems to bring even more improvements in this regard. Each level has an astonishing design that will appeal to all gamers. Additionally, you will have a lot of regions to explore that will give you access to one of a kind rewards, so exploration is definitely recommended. The characters are very detailed, animations are realistic and fun to watch, overall from a graphical standpoint Neverwinter will impress you quite a lot.

One of the major features that differentiate this title from others is the fact that you have the opportunity to visit the Foundry, a place where users are free to create their own levels and quests. This is a feature that’s quite common for a singleplayer game, yet for an MMO this is surely a first. The Foundry gives a lot of new life to the game, especially if you think that once you reach the maximum level in the game there aren’t that many things to do. Thanks to the foundry you can access levels created by others, engage in wonderful PvP battles and so on.

The social aspect of Neverwinter is also great, as the chat is there, but it’s not that obtrusive as you play. You have the ability to connect with people and add them to your party while they are on the go, you can group your party and engage into dungeons or quests together, everything is possible thanks to the excellent communication tools.

Neverwinter’s interface also has a lot of depth, because it gives you complete information regarding your character and quests, while also bringing complete access to all the functions you might need while playing such as character sheet, guild management or shop.

In summary, Neverwinter is one of the best MMOs that you can find on the market. All the elements of this title blend together seamlessly in order to create a game that has a lot of depth, looks great and delivers a great roleplaying experience that can be shared with your friends. We recommend this game to anyone that wants a refined, polished MMO with lots of content and with the ability to play user created content.