Anime MMOs have a one of a kind appeal, and that is definitely the case of Mabinogi. This is one of the oldest anime MMOs, as it appeared on the market more than 10 years ago, yet it still has quite a large audience thanks to its amazing content and vibrant community.

What makes Mabinogi stand out is the fact that all characters are hand painted and the world is quite cartoony and bright. This certainly brings a very unique feeling into the mix, but rest assured that the other elements in the game are seamlessly combined to provide a one of a kind trip. 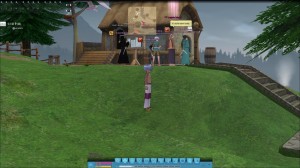 The gameplay in Mabinogi is quite ordinary, you have quests that need to be solved, as well as numerous side quests, lots of back tracking and some intense combat. Characters in the game are between 10-17 years of age, and the age difference makes a huge impact in the way the game unfolds. You have lots of customization options though, so you will certainly spend a lot of minutes just building your character. Once that is done though, you will enter a very colorful and funny world where exploration is at its best.

We enjoyed the fact that each region had its own soundtracks, which surely made things a lot more fun than you might expect. While exploration is at its best, the combat is not that impressive. Even if it is intense, it rarely poses any threat, and you will most of the time feel safe even if you are surrounded by countless enemies. In contrast, you might not expect this, but the game is more than else featured on the social experience that is provides, and that’s actually the main thing that kept it alive for so long.

Thanks to its expansive game world, people can connect with others from all over the world, socialize and explore the locations at their own pace. Despite some problems we had with the view slider on our testing machine, the game worked properly and it really stands out, especially when you take into account its age. 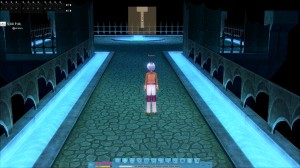 On top of that, what can be more impressive than the pure anime graphics and a lot of attention to detail? Mabinogi provides them both, and comes with a very plausible world where everyone can interact and explore at their own pace. You can see people fishing, others talking with each other, but only few in combat. This is one of those games where you make your own experience, and that’s really awesome.

Mabinogi has been created as a social experience for people of all ages. It highly emphasizes on socializing and exploring rather than combat, and while it’s not a game for the hardcore MMO player, casual gamers will have a blast playing it. Its age stands as a testament of the quality that this game provides, so if you are a fan of anime games and MMORPGs, then this title is a good one to try and enjoy.