With so many MMORPGs on the market it can be very hard to pinpoint the ones that provide us with the best experience, as each one caters to a certain audience. There are a few though that are created with a generalized market in mind and which allow us to explore a fun, unique MMO experience that has been revamped and recreated for years and years. Two of the games that fit this description are World of Warcraft and Everquest II, two games that are more than 10 years old, yet which still remain strong thanks to the numerous updates and a massive player base. 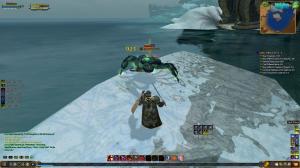 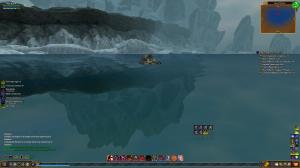 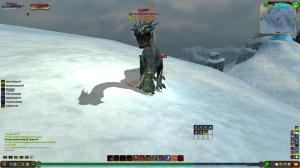 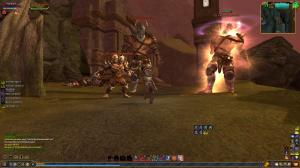 Everquest II comes with a complex story that starts a few years after the previous title ended, and which allows us to explore the massive world of Norrath once again. What makes Everquest II special though is the fact that after more than 13 expansions, it has developed an amazing, large and impressive game world that we can explore in any way we want.

The character creation in Everquest II is highly customizable and you have the opportunity to choose from multiple races, alignments, looks and classes in order to design the character you want to control. The game even provides you with the opportunity to create a high level (85) character that you test in order to see if you like the game. All of these combined provide you with a great incentive when it comes to having the character that you want. And since you will be spending hundreds of hours in this massive game world, the character creation is indeed important.

From there though, we get to the combat. This is quite similar when compared to the other MMOs on the market, but even if it doesn’t provide the real time battles that TERA brings, the combat in Everquest II is very impressive thanks to the numerous abilities and ways that you can use in order to kill your enemies. The gameplay does differ based on the class you choose, because if you are melee oriented you will usually spam the attack buttons and maybe use one or two abilities in order to get better results. However, if you are a magic user, you will learn new spells and skills automatically, and the spells that you have will be improved as they go through different ranks such as Apprentice, Journeyman, Adept, Expert,
Master and Grandmaster

At this point however you can see that the development team placed a paywall, because the free users cannot increase beyond Adept, which might seem unfair for some. Still, the ability to increase the skills and use them in this way just makes the whole experience a lot more interesting during combat, as you can use a variety of spells rather than spam the attack button. If you are a damage dealer (tank), Everquest II is still a good game because you can create a party that will compliment your skills. Tanks are specifically useful in PVP, because they can deal an immense amount of damage during the duels, arena matches or battlegrounds, but even during normal play they can’t die fast, which is great!

Each player can learn new traditions after each 10 levels, and these traditions are very useful since they allow you to learn unique spells as well as more powerful abilities that will make you stand out. Thanks to the traditions ability and the unique opportunities that the game provides, customizing your character is very easy and you can rest assured that no two characters are the same in Everquest II, which is astonishing!

As expected, Everquest II comes with a very large game world, so you will have the opportunity to solve thousands of quests as you explore it. I enjoyed the fact that quests manage to bring diversity to the game, because they do make you solve puzzles, explore the world and strategize your attacks. All of these combined offer you with a great gameplay experience! But that’s not enough, because I did find numerous side quests that are still very appealing, even though they don’t really have an impact on the overall story of the game! Everywhere you go in this game world you can find a quest to complete, and this shows how much attention to detail has been placed in this game!

Crafting in Everquest II is simple, especially if you compare it to similar games. You get to learn a trade skill at levels 10 as well as 20, then improve it according to your needs. From smith to carpenter, each profession has its own perks, but it does manage to make the world a lot more believable, and that’s a great thing. All raw materials in the game’s world can be obtained via purchasing or killing the enemies that have them!

Everquest II is a massive game that’s complex and filled with interesting things to do. However, it does have a few downsides unfortunately. One of the major downsides comes in the form of numerous graphical and technical bugs that are encountered as you play, as well as the major differences that can be seen between the paid and free users. Not only that, but even still the game is 10 years old, it’s very demanding when it’s played at a high resolution, so you need to prepare your computer accordingly.

From an audio standpoint, Everquest II is quite good, with an amazing set of epic songs, as well as a good voice-over. Graphically, Everquest II does show its age from time to time, especially when it comes to the game worlds that could look better, but still the game shows that it has a lot of appeal and through the massive game world that it depicts, it brings us a lot of fun and excitement. The character design is very good, mounts look quite realistic, but the animations do suffer a little bit, especially when flying. There’s nothing game breaking though, and that is a major relief.

Everquest II is one of the best and most popular MMOs nowadays, even if it is more than 10 years old. It’s a special MMO with a great world, impressive social interaction, a ton of quests and all that stuff that we like. Yes, it might not be the most appealing from a visual standpoint, but it looks quite good and the story, characters and fights are some of the best that you can find in an online game. Everquest II is updated often so there are always new, more exciting reasons to come back to it!