Aura Kingdom is free to play fantasy MMORPG that brings you anime style graphics and in which you can explore the game world, solve quests, grow and evolve a pet, attack enemies and level up. In Aura Kingdom you can also engage in a stellar combat system that allows you to use the current skills and evolve them as you progress through the game. 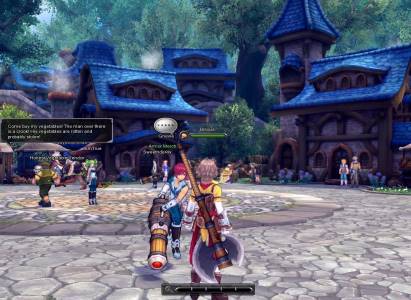 MMORPGs are one of my favorite genres when it comes to online play, but despite their variation not that many of them actually go for the anime style, and that is indeed unfortunate, as this style is unique and filled with numerous interesting ideas that many developers should explore.

Aura Kingdom comes with an interesting story that pits us right in the middle of a battle that takes place between demons and humans. Your first attempt is unsuccessful and this is why you need to try your best in leveling up and acquiring skills that need to be used against enemies and bosses. 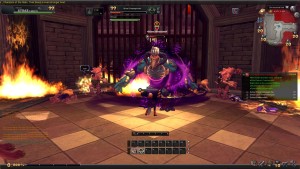 Aura Kingdom looks amazingly well and the anime style does a great job when it comes to immersing you into the gameplay. Backgrounds and buildings look amazing, with the characters also being greatly designed as well.

Sometimes there are a few problems with the animations, but nothing out of the ordinary, as you get accustomed with the style quite nicely.

As you would expect the game comes with a good character creation tool that showcases the diversity of this large anime world. I was able to change the appearance of my character in many ways, and that was definitely something that I appreciate right from the start. Aura Kingdom does a great job in bringing you close to a dozen classes to choose from, and the best thing about it is you will see the difference in battle, it’s not just a simple design decision. Customizing my character took a few minutes, but if you want in-depth modifications to his look you can easily do that too. 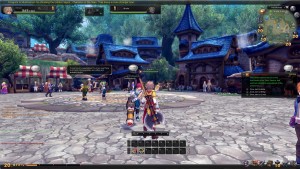 Controls in Aura Kingdom are very simple, although the camera doesn’t rotate automatically so you might find yourself in need to hold the right click in order to move it, but other than that the controls are fluid.

Right from the start you will see that Aura Kingdom comes with a rather immersive experience. After the short introduction, you will be awake in a small town where you need to perform simple quests. I found these quests to be rather repetitive in the beginning, as they usually require you to either fetch items or do stuff such as rapid deliveries. As the game fleshes out and you get more regions to explore though, the quests become more varied, which is a good thing.

Aura Kingdom also comes with an interesting automatic path system that is seamlessly created to enrich your experience if you are a beginner. You do have the possibility to jump even during combat, which is a plus, but you can even use special attacks at the same time. 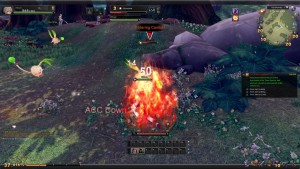 When it comes to skills, it’s important to know that Aura Kingdom offers a wide range of them depending on the class you choose. Attacking your opponents is easy, precise, and I didn’t encounter even a single bug during combat sessions for as long as I played. Using the 1-9 buttons for attacks is a great addition, and being able to select the skills you want to use in this bar is also nice.

Speaking of that, the character screen in Aura Kingdom is very informative as I got complete access to everything I needed. The interface is neatly organized and easily accessible with the help of hotkeys, and overall everything manages to stand out rather nicely.

There are numerous dungeons in Aura Kingdom too, and the visual style is a little darker but still pretty much suitable for the anime theme that the game has. Dungeon crawling was a fun experience for me, although some dungeons are a little too dark for me to see anything, but that did add to the experience.

Leveling up in Aura Kingdom is satisfying and very fun. With so many levels to acquire and quests to solve, I found myself playing the game for hours upon hours, and then got to some bosses where teamwork is indeed necessary. 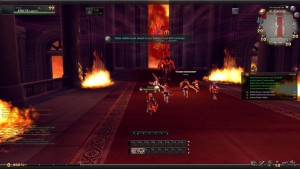 Yes, boss fights are the highlight of the game so far from me, because unlike the other mobs these to require strategic thinking and a lot of attention in regards to the way engage them. Overall, the boss fights are best performed with a team, so we recommend you to enter a guild and create a party for the best experience here.

Aura Kingdom does offer mounts, and these are quite different from what you expect. At first, you will wide ostriches, but there are numerous other types of mounts too. It’s up to you to select the best ones you need, and you will certainly appreciate their variety!

The game comes with a ton of social features and it even allows you to check the gear attributes, talk with others, trade and just chat in a general form if you want. This is a great game if you want to play and socialize at the same time.

Aura Kingdom is a wonderful experience for those that love MMOs and anime style graphics, but it’s surprisingly good if you are an RPG fan as well. Despite not being an anime fan, I was very enticed to play forward thanks to the great RPG mechanics, numerous skills to unlock and just the ton of content available there. Aura Kingdom has been around for quite some time now and through updates it managed to iron out some of the problems. Right now, Aura Kingdom is a very enjoyable MMO with cute anime graphics and a ton of content, so I definitely recommend it to anyone that has even the slightest interest in MMOs.

Done here? Go back to the Best MMORPG 2015 homepage.