Aion is one of those fantasy MMOs that you can easy get hooked to, thanks to an immersive story and the fun gameplay. While it still is quite similar to a lot of titles that have appeared recently on the market, Aion does bring a lot of value to the table thanks to numerous improvements to the core MMORPG idea and a stellar value. 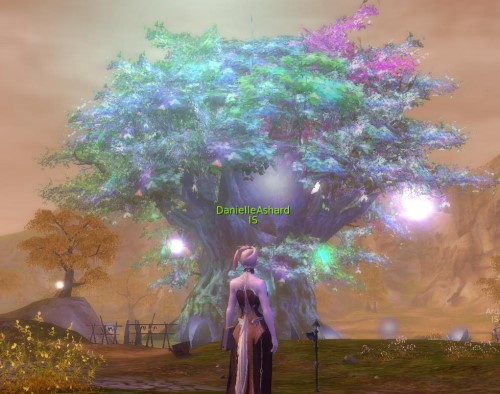 Although the game does bring a story, it can be quite hard to follow it because most of the time you will have a lot of quests on your hand, requiring you to either kill monsters and fetch certain items or go to a certain location and clear it. Even so, the story by itself is a little cliché as you need to save the land from malefic forces that are provoking chaos in the lands of Aion.

Even if it has appeared back in 2009, the game still looks stunning despite its age, and a lot of gamers surely play it because the locations are beautifully designed, the animations are solid and, of course, the character design is one of the most impressive ones that can be found on the market. All the major graphical technologies are there, so no matter where you go and what action you perform or what quest you complete, the game still looks as impressive as you might expect, and that is surely great.

There are lots of options to create your character, with two main races to choose from but a large number of classes that make it easy for you to shape your own destiny. Even if the story and quests are the same for all classes and races, changing the class will drastically modify the gameplay, which is surely great for people that are looking for an MMO with lots of replayability.

Targeting the enemies is very easy and, depending on your class, you can use different attacks in order to stun and kill your enemy as fast as possible.

Some spells and abilities can be added into combos who bring devastating results. It’s important to know that the game does bring quite a unique crafting method that will surely appeal to a lot of players.

The soundtrack is very intense and it always seems to be action packed, only those moments when you are in town come with a much smoother music. Overall, in Aion you will have the opportunity to listen to high quality music that makes the experience a lot more fun and exciting, and that’s surely a plus.

Unlike most MMOs, this game is not a grindfest, and each quest encourages exploration instead of grinding for getting a higher level. Speaking of which, you can gain the maximum level cap in around one or two weeks of casual gameplay, so you don’t have to worry about grinding that much, because you’ll get to the higher levels very fast. Instead, you can focus on having a great MMO experience, something that Aion surely delivers in spades, and that’s why we surely recommend it to any person that is interested in trying a solid and fun multiplayer game with a large community. Aion is continually receiving updates despite being more than 5 years old, something that shows how dedicated the developers really are when it comes to bringing a high value game.